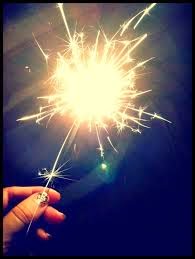 You know how it goes.

You’re talking with someone. The subject doesn't matter, but the Other Person says, “Say, you know that thing we were talking about earlier? Have you thought about it any further?”

Happens to me all the time. I look at OP, blank expression.

More blank expression from me.

OP continues, “It would work. The thing wouldn't be too heavy, and we could sew one side of the Velcro to the fabric and use stick-on Velcro on the... thing.” Big smile.

Me: “What are we talking about?”

OP, exasperated expression: “We were just talking about this earlier. You know, the thing we used in the camper.”

OP is clearly noun-challenged. Well, that’s not fair—actually OP has a wonderful vocabulary. OP knows exactly what object OP’s thinking and speaking about. OP can visualize it in three dimensions and in color. OP just begins speaking before remembering its name. Discussions similar to this one but on varying topics occur just about daily.

I have a fairly short fuse with the word “thing.” OP knows this. I have asked numerous times for OP to use any other word, and I mean any (I've suggested “item,” “device,” “object,” etc.), but somehow it’s always “thing.” My fuse is now lit.

I ask, “When were we talking about this?”

Me, fuse almost burned down: “Give me a hint what we're talking about.”

The fireworks begin. Oh, nothing dramatic. No explosions, or skyrockets, or even pinwheels. No, it’s just a sparkler I’m holding that my short fuse has ignited. It’s pretty, with colored sparks that fly out about six inches before dying.

I plead, “Just tell me what you're asking me about.”

Silence. I try again (20-questions style), “Is it bigger than a breadbox? What color is it? What’s it made of? Help me out here.” With a smile, I wiggle the sparkler about.

I notice that OP’s fuse is now exposed, out in the open, and the sparks from my sparkler are getting very close to igniting it. I know from experience that OP’s fuse IS connected to some serious pyrotechnics, and they are NOT pretty. So I stamp out my sparkler.

“I’m sorry. Really. I was just thinking about other stuff, and our earlier conversation got jumbled up with that. Tell me again your idea about the Velcro?”

Me, with enthusiasm: “The fence posts! To use as spacers, right? You think Velcro might work?”

OP, fuse snuffed out and cold: “Well, yes. I know they're kind of heavy, but we could always double up on the Velcro. I think it would work!”

But more work needed on “things.”
Posted by Duke_of_Earle at 4:23 PM