...were a bit limited. But you know Carol! She managed to find some shots to take.

First we located Rosy Spoonbill "dipping for her dinner." 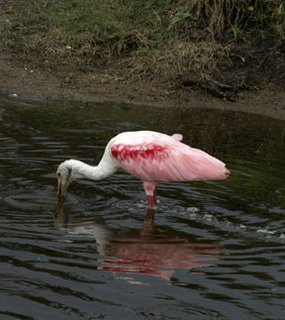 "Maybe there's a fish, or a succulent morsel of some kind, here just below the surface. If I skim around like this for it, I just might find it." 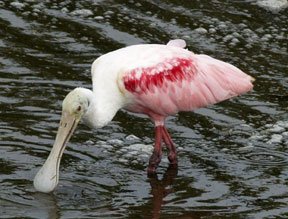 "Just kidding. As you can see, I was actually scraping the bottom." 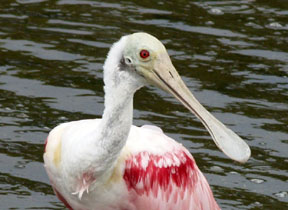 "What do you mean, you think I have a big nose? Just think, I could have been called a knife-and-fork-bill. THAT would have been a sight!"

Say, what's that sitting in the tree over on the other side of the pond? 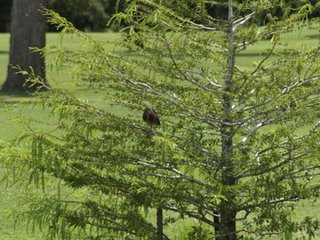 Looks like some kind of small brown bird! I wonder if we could zoom in closer and see what it is. 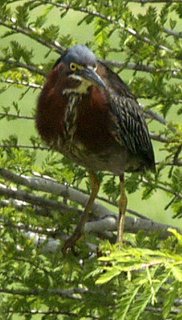 Oh, there! It's getting ready to fly. We'll get a better look at it in the air. 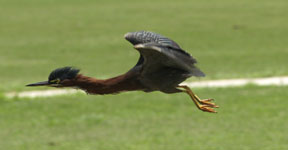 Look at the wind whipping up the hair, er... feathers on its head! What a weird-looking, oddly proportioned bird!

(Of course, it's probably thinking how oddly proportioned we humans are.)

Wowsers - she really has an eye for this!

She sure does have a good eye...very nice pics. Nothing that exotic looking where I live.

Rosy Spoonbill has a beautiful skirt and once again, great pics from Carol.

Cool pics - love the spoonbill. I was going to guess the other bird was some kind of woodpecker. I have no clue what a woodpecker actually looks like, but this one has such a sharp looking beak and the pic of him flying reminds me of Woody Woodpecker. oh well, shows what I know about birds!